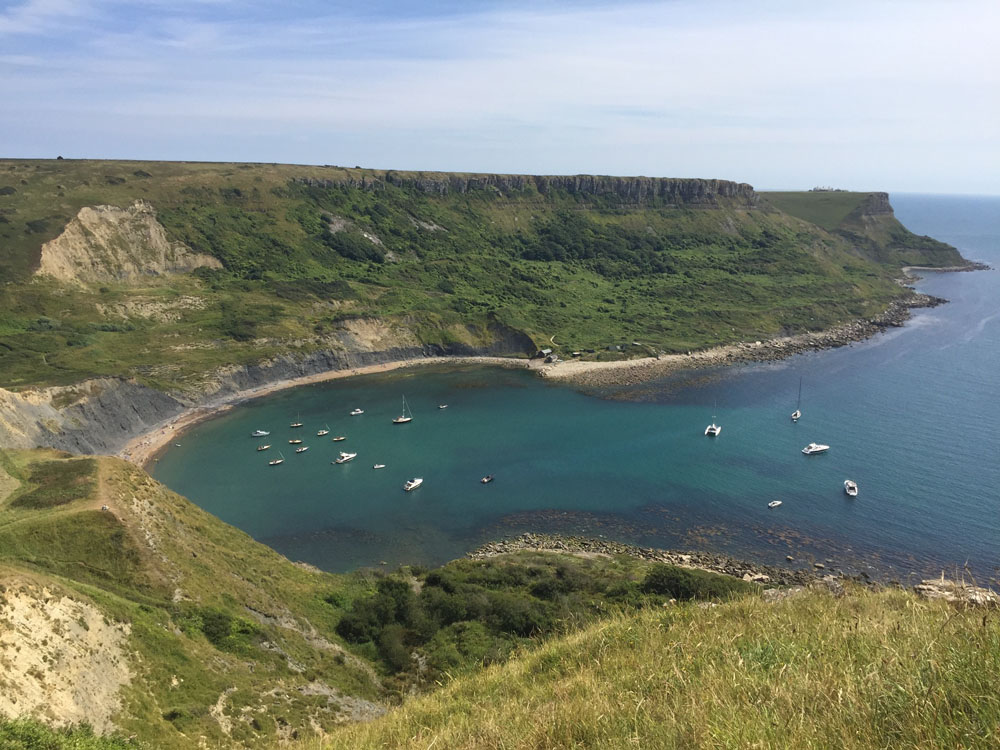 Steve from A-Z has recently been walking sections of the South West Coast Path.

“What better way to spend a few free hours than to walk a short section of the beautiful South West Coast Path ( SWCP ). With the clouds lifting and the weather warm, we headed to the picturesque village of Worth Matravers to follow a circular walk of about 6 miles in this stunning part of Dorset.

Driving to Worth Matravers, where we would park our car, we first passed the magnificent ruins of Corfe Castle, resplendent amid the Purbeck hills.

At Worth, easy parking with an honesty box payment can be found very near the famous and quirky Square and Compass Pub, which would feature at the end of the walk. We followed the footpaths through the fields, accompanied by the sound of birds in the hedgerows until we reached the Dorset Coast Path near the Houns-tout cliff.  After a short sharp climb up well maintained steps, the view from the top of Houns-tout, one of the highest points on this section of the SWCP, was spectacular.

As the clouds lifted, the undulating, chalk cliff coastline all the way to the Portland headland revealed itself to the west. Looking the other way the stunning, rocky outcrop of St Aldhelm’s Head dominated the view before winding away towards Anvil Point and Swanage Bay. Immediately below us at Houns-tout was the unbelievably blue crescent of Chapman’s Pool, surrounded by steep cliffs.

We walked eastwards, with a couple of short sharp up and down sections before rounding St Aldhelms Head. The SWCP is very well maintained with steps making the short ascent and descents very easy and safe for all abilities. If you get tired, stop and look at the stunning view; there are worse places to recover your breath!

As we walked eastwards, the birdsong grew even louder as the clear pathway passed through wild flowers and hedges, gulls circled just off the coast while a kestrel hovered just overhead looking for lunch. We kept an eye out for dolphins as a pod can be seen off this section of the Dorset Coast but sadly not on this occasion.

We strolled along, taking in the views until we reached Winspit, where we jealously watched a small group taking a cooling swim off the rocky ledge

below us while others enjoyed their picnics. At this point we headed inland and walked up the pretty, overgrown valley along the path to Worth Matravers.

With just enough change for two drinks, we headed to the Square and Compass to sit in the beer garden at the front of this picturesque landmark pub, famed for its’ real ale and ciders, pasties and cash only serving hatches.. Here we marvelled at the views down to the coast while an Australian musician and his side-kick Kylie ( who else ) performed their set which peaked with  a song about a bike sung in as many different languages as possible including sign language! Bizarrely it did not seem at all irritating and was very enjoyable, must be something to do with emptying our mind of all worries and enjoying the magnificent scenery of the Dorset section of the SWCP.” 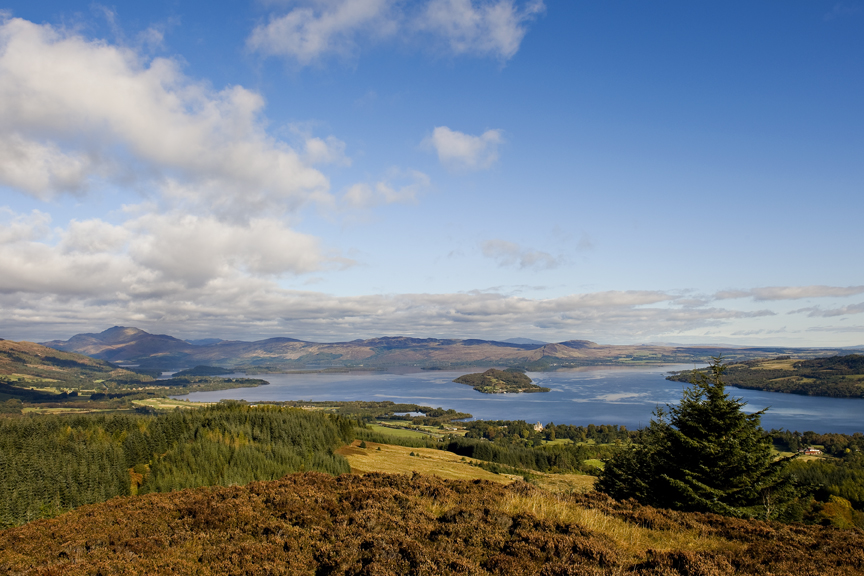