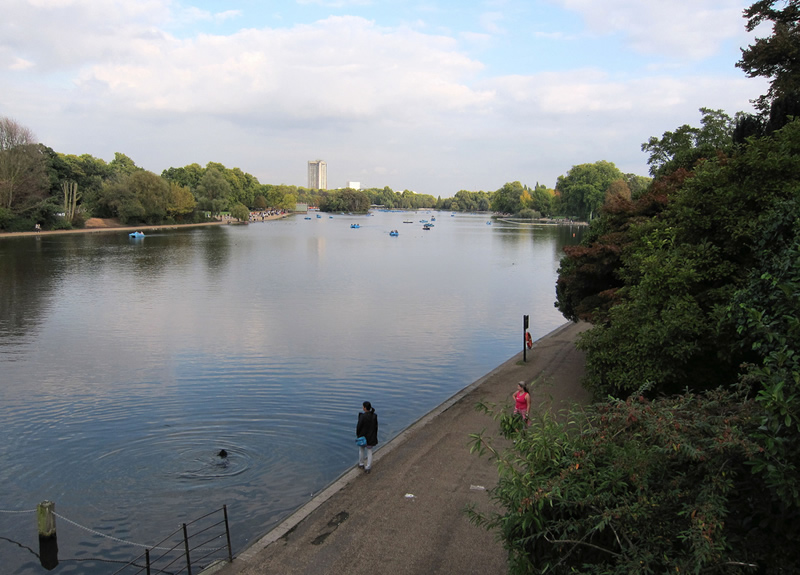 When one thinks of London, Buckingham Palace, Big Ben and the Houses of Parliament immediately spring to mind, with Hyde Park also being a leading symbolic London landmark. Hyde Park is one of the eight Royal Parks in London and the capital’s largest park which covers an immense 350 acres. Being divided by the Serpentine, a 28-acre recreation lake, Hyde Park London is as famed for the many water sports activities, swimming and sunbathing as it is for its Speaker’s Corner and being the location for mass demonstrations.

Opened in 1637 by King Charles I, Hyde Park is staunchly ingrained into the historical and aesthetic makeup of London. Given the park is one of the most distinguished and embedded features of London it is appropriate that Hyde Park London is a prominent location during the 2012 Olympic Games.

Throughout the Games this huge area, which for centuries has been providing tranquil respite from the hustle and bustle of city life, will be home to a series of Olympic related events.

Given the fact that Hyde Park has always attracted the biggest names in show business to entertain an utterly receptive audience, it was only natural that this impressive London Royal Park was the venue for the Olympic torch relay finale concert.

On Thursday 26th July, more than 80,000 Olympic revellers headed over to Hyde Park to watch Dizzy Rascal and others play under a sun-drenched evening sky as the Olympic torch finally arrived at Hyde Park London.

‘Unparalleled viewing’ of the Games can be found at Hyde Park as several big screens have been erected at the park, including the largest outdoor screen in the UK. Hyde Park London has always thrived on being an atmospheric place for huge crowds to gather and none more so than to witness the dramas unfold of what is possibly the biggest event in the British capital’s history.

Between 28th July and 11th August 2012, BT London Live Hyde Park is providing free access for visitors to experience the Olympic fever in one of London’s most historical and recognisable locations.

If you thought all the Olympic drama taking place at Hyde Park was confined to a large screen then you can rest assured that there will be some ‘live’ Olympic action also occurring at London’s most celebrated park. 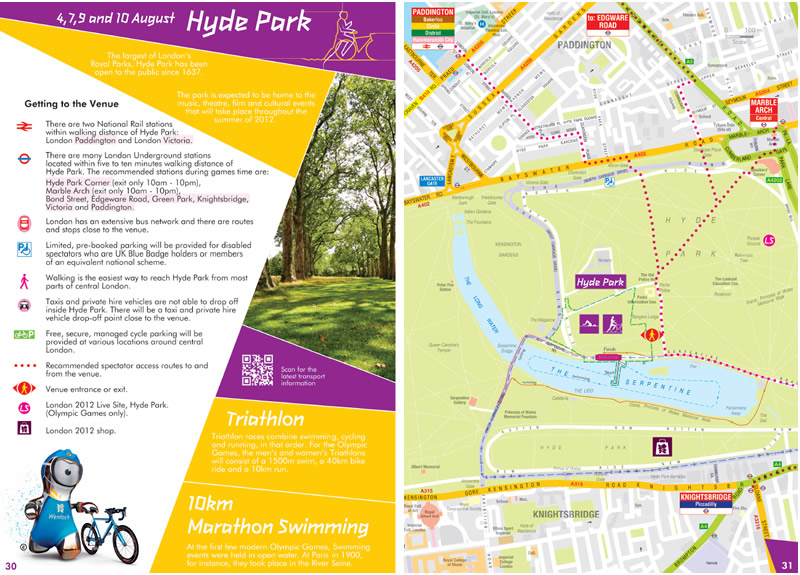 On Saturday 4th August and Tuesday 7th August the women’s and men’s triathlon events will be taking place at Hyde Park as the legendary British park welcomes the world’s best triathletes. You can find the route map for the Triathlon event above.

Additionally on the 9th and 10th of August, Hyde Park will also be hosting the Marathon Swimming women’s and men’s events where 25 athletes (including Beijing GB silver medallist Keri-Anne Payne) will swim 6 laps of the Serpentine totalling a distance of 10k!