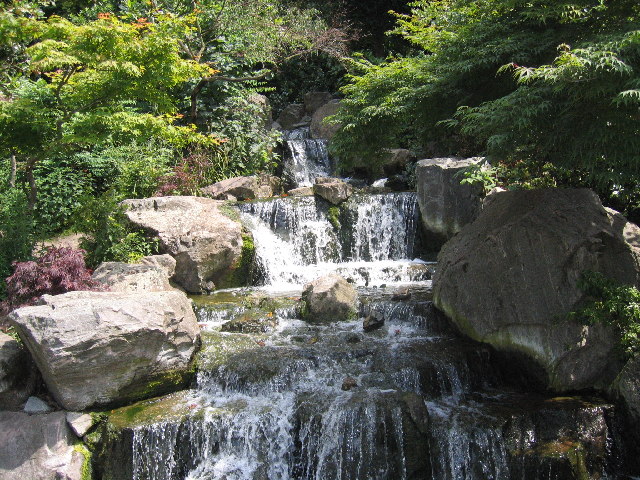 London’s parks are renowned for their architectural prowess, coupled with some outstanding scenery. Visitors to London are often surprised by the amount of green space. The tidy city squares offer peace and calm to workers, residents and tourists alike; the larger parks and commons give Londoners space to play and unwind. There are many famous parks, from Richmond to Regent’s, but every city has its hidden spaces. We’ve compiled a list of some of our favourite lesser-known parks. Now that the weather is getting warmer, we hope you can get out and enjoy the best small London parks!

Situated in the borough of Kensington and Chelsea, just west of Hyde Park, Holland Park is noted as one of the most tranquil and peaceful parks in western London. The park contains a giant chess set, a Japanese garden and one of London’s best equipped children’s playgrounds. The Holland Park setting is perfect for a romantic walk or a family day out, and boasts a sizable 54 acres of natural scenery.

Another west London gem is Gunnersbury Park, which lies in the Brentford ward of the borough of Hounslow.  It is home to the Gunnersbury Park Mansion which is now a museum showcasing local history and fine art. The mansion and park were formerly owned by the European banking dynasty, the Rothschilds, until 1925 when the grounds were sold to Ealing & Acton Borough Council. Gunnersbury Park contains a boating pond overlooked by an 18th Century temple, as well as an orangery and boat house.

If you travel south east from north London’s Highgate, you will find Waterlow Park. This 26 acre park is set on a hillside and offers some of the best views of Central London. Lauderdale House, on the edge of the park, acts as a tea room and the perfect place to unwind after a relaxing walk around the park. The house dates back to the 16th Century but the building has seen heavy restoration since it was first built.

Located in the London Borough of Barking and Dagenham, Barking Park is the borough’s oldest and opened in 1898. The park’s most significant feature is its 910 metre long boating lake which is home to some fantastic wildlife such as the Tufted Duck, Great Crested Grebe and the Little Grebe. The park also includes various sports facilities and a children’s playground. A light railway provides a novelty trip from the main entrance to the boating lake. Recent funding from the Heritage Lottery Fund has allowed the construction of two new pathways and a splash park.

The Open Garden Squares Weekend on 8-9 June 2013 gives access to over 200 special green spaces, including many private gardens. The website sells tickets and lists the gardens taking part in each area of London.

London’s parks are renowned for their architectural prowess, coupled with some outstanding scenery. Visitors to London are often surprised by the amount of green space. The tidy city squares offer peace and calm to workers, residents and tourists alike; the larger parks and commons give Londoners space to play and… Read More