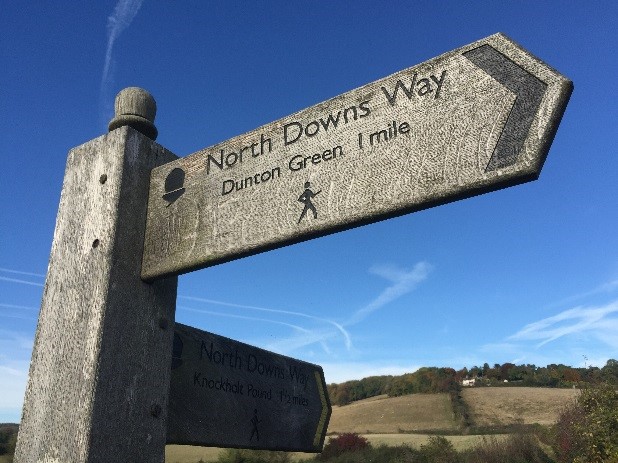 Origins of the North Downs Way

The M25 of its day, the busy medieval pilgrimage route known as the Pilgrim’s Way still runs horizontally across southern England. If you were a pilgrim of the time and wanted to pay homage at the shrine of Thomas Becket in Canterbury, this is the route you would have taken.

Today, this ancient path shares much of its route with the very modern and well maintained North Downs Way.

Back in Roman times, the North Downs Way was part of a much longer route. It connected England’s ancient capital of Winchester in Hampshire with the eternal city itself, taking in parts of France and Switzerland along the way, to create a 1,960 km epic continuous path called the Via Francigena.

Today, it is mainly hikers making the trek along one of the country’s oldest long-distance paths. The 153 mile National Trail starts in Farnham Surrey and mostly sticks to the top of the Downs (the old English name for ‘Hill’) of Kent and Surrey. The route then descends to Canterbury in Kent, finishing at the port of Dover.

Many hikers come to enjoy the scenery and explore the rolling countryside. The route passes through two designated areas of outstanding natural beauty and quaint English villages. It’s close proximity and excellent public transport links to London, with its population of around 8.8 million, means that it is a well visited local attraction for those seeking a respite from the hectic pace of city life. Some hardened walkers attempt the NDW in one go every year. Alternatively, the route can be broken into shorter more manageable sections, making use of the many overnight accommodation providers along the way.

A-Z first got involved with the North Downs Way when the National Trail manager, Peter Morris, got in touch with us to see if he could get some of our North Downs Way Adventure Atlases for his army of loyal wardens to assist them in highlighting and reporting back issues along the trail. These volunteers are essential for keeping the trail open and in such good condition. Thanks to them spending their spare time repairing finger signposts and cutting back overgrown hedges, the North Downs Way offers excellent hiking for  walkers of all abilities.

The North Downs Way was the first of the National Trails to be fully photographed using the Google Streetview camera making it possible to explore the whole trail from the office desk. It also brought this ancient trail well and truly up to date, a task Peter undertook himself.

This year the North Downs Way celebrates its 40th birthday since becoming an official National Trail. Still a youngster compared to the ancient trail, numerous events are planned this year. See the full list of planned events.

Why not sign up for a walk led by a local expert on the trail to get a taste for the North Downs Way?

Find out more about the A-Z range of Adventure Atlases for the National Trails. 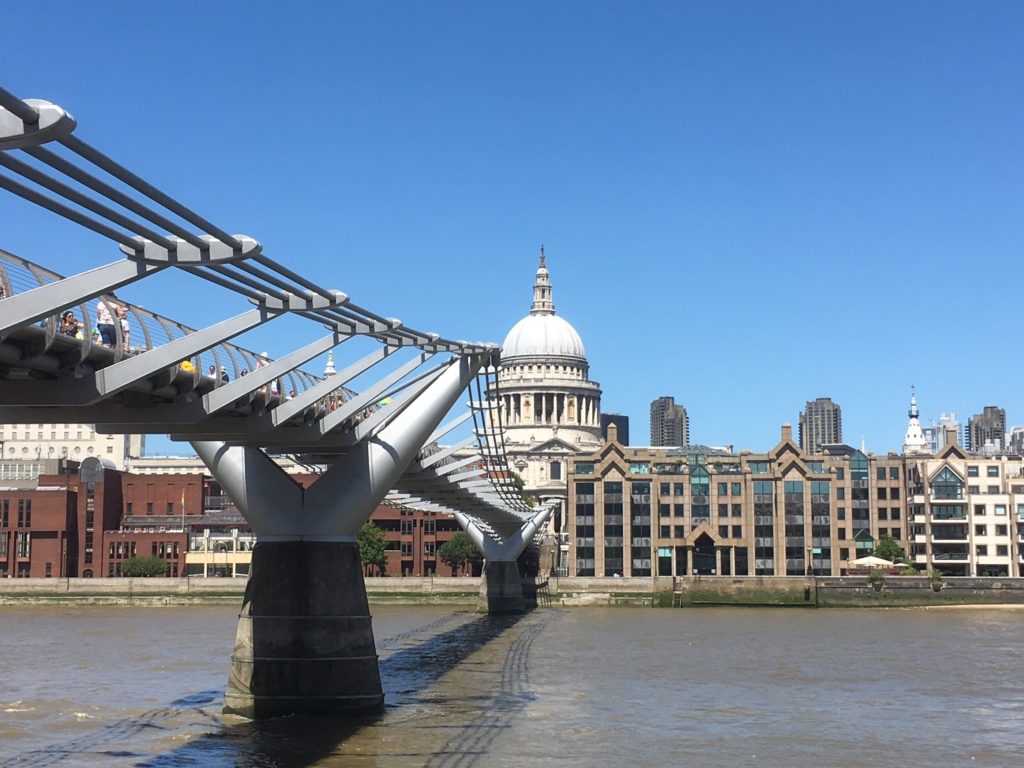