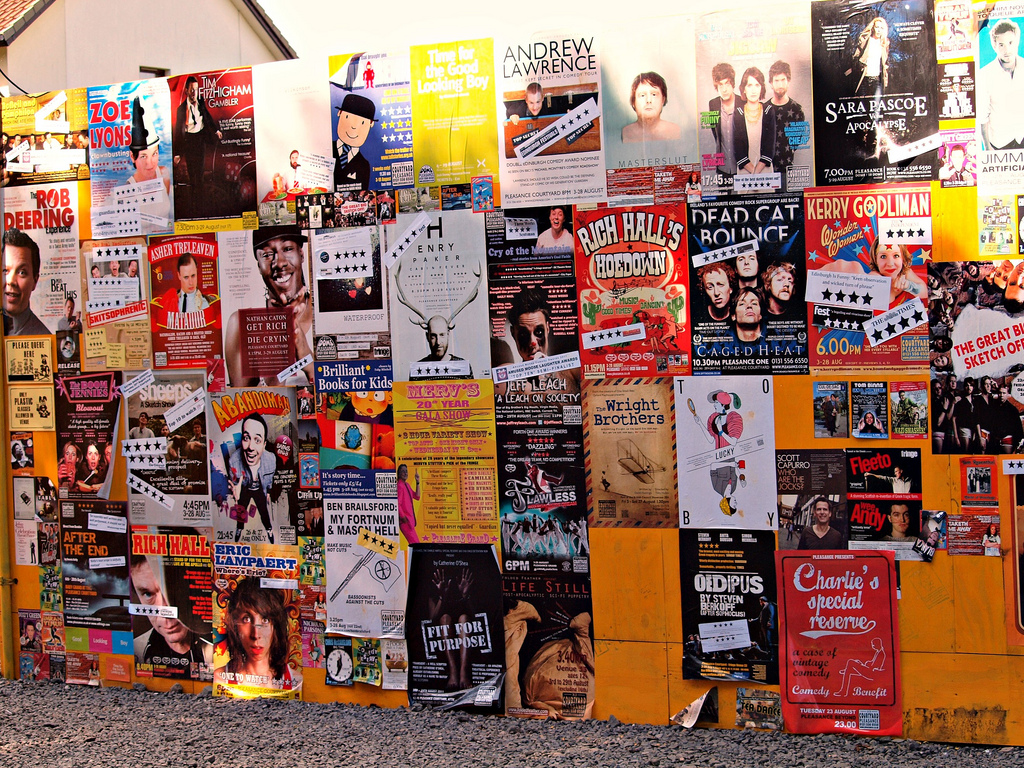 Every year in August the historic city of Edinburgh becomes a stage for thousands of artists, performers and musicians. A medley of arts and culture festivals descend on the Scottish capital for what is collectively known as the world famous Edinburgh Festival. In the week that the 2013 Fringe programme is announced, we look at this great British cultural event.

The Edinburgh International Festival (EIF) is the original Edinburgh Festival and was founded to promote and celebrate culture after World War II. The International Festival consists of classical and contemporary theatre, opera, dance and many other art forms. The varied offerings in 2013 include a Shakespeare performance featuring top Chinese heavy metal bands, a collaboration between Patti Smith and Philip Glass, and a Leonardo da Vinci exhibit.

In its first year, the International Festival saw a collection of uninvited theatre groups arrive at the festival, eager to perform. In a welcoming spirit, the organisers allowed the uninvited to perform despite not being part of the official programme. Over the years a growing number of performers followed this trend, resulting in the formation of the Festival Fringe Society. The society acted to formalise these uncharted appearances by allowing anyone to perform, whilst making their presence an official part of the festival programme.

The Edinburgh Festival Fringe is undoubtedly the most popular of the festival season and has evolved to become the largest arts festival in the world. The 2012 stats make impressive reading: the 25 day event hosted 2695 shows in 279 venues, with performers from 47 countries. The Fringe shows include comedy acts, theatre productions, musical performances and so much more. It plays host to big names – including Reginald D Hunter, Ardal O’Hanlon and Al Murray in 2013 – but is arguably more famous for still providing a stage for unknown performers who are looking to make a name for themselves.

A variety of other festivals take place during festival season, including the 45 major exhibitions of the Edinburgh Art Festival, the spectacular outdoor Military Tattoo, the literary magic of the Book Festival and the culturally diverse Mela Festival. All have their own unique character, but they have one common goal, to bring people together through the arts.

Edinburgh is a compact city which makes it easier for festival goers to find their way between sites. The Fringe and EIF websites both have simple Google maps showing venue locations. Most venues are located centrally, within the area covered by our Mini Map of Edinburgh City Centre. A few venues are outside the centre, but still within the area of our Edinburgh Street Atlas. For anyone spending August in Edinburgh, the more daunting challenge will be deciding what performances to see. We can’t help you with that!

Every year in August the historic city of Edinburgh becomes a stage for thousands of artists, performers and musicians. A medley of arts and culture festivals descend on the Scottish capital for what is collectively known as the world famous Edinburgh Festival. In the week that the 2013 Fringe… Read More