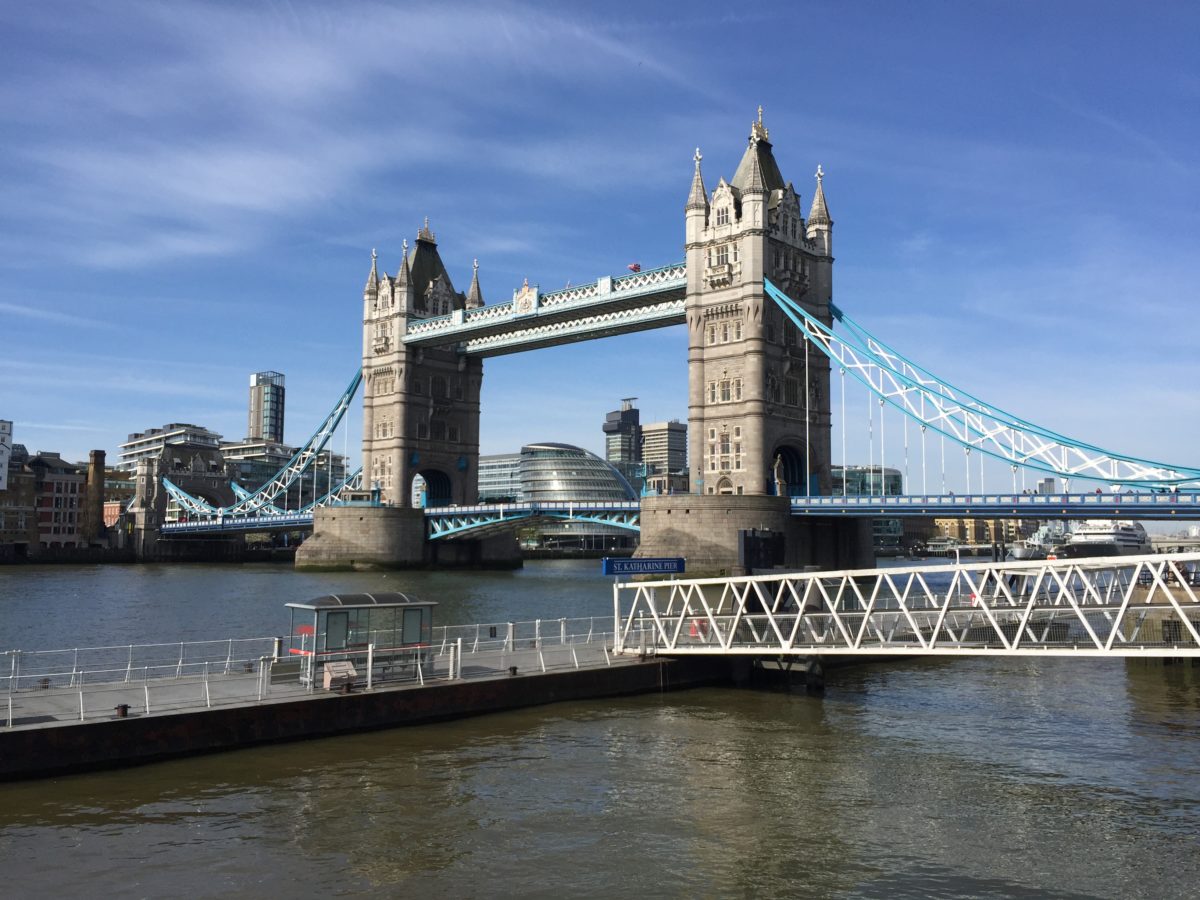 The River Thames was much wider and shallower when London was a younger city. When the Romans first saw it, the river was around five times as wide as it is today. Today its levels have to be monitored and controlled following construction of narrower banks. In total there are over 30 bridges spanning the Thames in Greater London and each one is unique in character. This week we pick out a few of the most famous London bridges to grace the pages of A-Z maps.

Tower Bridge is one of London’s most recognised landmarks, although visitors often mistakenly call it London Bridge. Tower Bridge was built in 1894 and is the only Thames bridge which can be raised in order to accommodate large vessels travelling up the Thames. The bridge connects the London boroughs of Tower Hamlets and Southwark. During the 2012 Olympics the bridge was adorned with a set of Olympic rings which cost £259,817 to make. 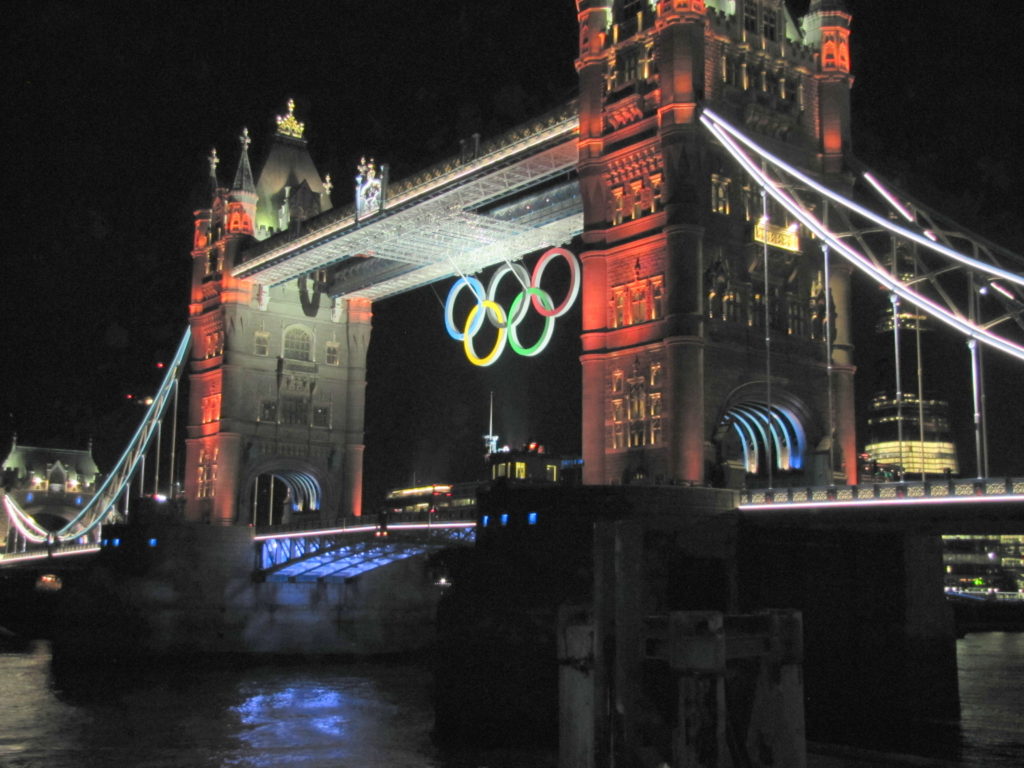 Next stop upriver is one of the world’s most famous bridges. London Bridge sits between the City of London and Southwark. The original London Bridge has historical roots dating back to Roman times. However, it has been rebuilt and redesigned across many centuries. The modern London Bridge was opened in 1973, but is arguably less interesting than its predecessors!

The medieval bridge was crowded with shops and other buildings, some reaching 7 storeys high. It lasted over 600 years but was replaced in 1831 with a new bridge, designed by John Rennie. This in turn was sold in 1968 to American oil entrepreneur Robert P. McCulloch for US $2,460,000. McCulloch ordered it’s reconstruction at Lake Havasu City, Arizona, USA, where it is one of the city’s biggest tourist attractions.

A couple of spans later and we reach one of the newest crossings. The Millennium Bridge was built in the year 2000. This footbridge was designed to connect the Tate Modern Art Gallery to the City and St Paul’s Cathedral.  Almost immediately after opening the bridge had to be closed due to questions surrounding its structural integrity. It has since re-opened after safety modifications.

Waterloo Bridge and Westminster Bridge also offer classic central London views, benefiting from the open space created by the Thames. Heading further west, we reach the bridges of Chelsea and Battersea. The elegant structure of Albert Bridge is a delight to glimpse from the neighbouring London bridges, especially at night when it is lit up by 4000 bulbs.

Further upstream, we pass the London bridges of the Boat Race course, then Kew and Richmond. Richmond Bridge is the oldest surviving bridge in London, despite being the eighth Thames bridge to be built in Greater London. It is a Grade I listed structure. Built in the 1770’s, it was used as a replacement for a ferry crossing which connected Richmond town centre to East Twickenham.

We complete this journey up the London Thames with the bridges of Kingston and Hampton Court. You can follow this whole journey on A-Z maps in our Greater London app or London A-Z Master Atlas.

The River Thames was much wider and shallower when London was a younger city. When the Romans first saw it, the river was around five times as wide as it is today. Today its levels have to be monitored and controlled following construction of narrower banks. In total there are… Read More