The Office Christmas Party can often produce a few surprises and things people feel they may regret in the morning and the A-Z 2015 one was no exception. Some way down her second bottle of Pinot, Caroline Ball, our Human Resources and Christmas party organiser, decided she wanted to run a marathon next year and set about persuading anyone within earshot to join her. In the cold light of day, some of the team couldn’t remember agreeing to sign up while others conjured up some convenient long standing injury to get out of it. However, we now have a team of four who are determined to challenge themselves, get fitter than ever before and to raise some money for three very deserving charities while planning on enjoying(!) the whole experience. On 2nd October, the following team members will tackle the Bournemouth Marathon 2016; 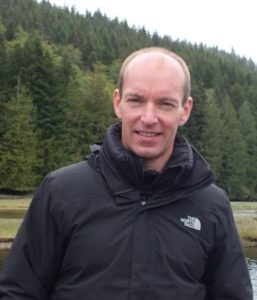 Steve, Joint Managing Director of A-Z, is comfortably the oldest member of the team and will be in the over 45 category come race day. He is viewed with a good deal of suspicion after saying that he actually ‘quite likes’ training and he has been heard talking about triathlons (although very seldom seen actually doing one). This sort of behaviour would normally disqualify him from the A-Z team but he did agree to fund some kit so an exception has been made. Steve will probably take the whole thing far too seriously and will no doubt be found scowling and chuntering in a corner because the numbers he is looking at do not tell him what he wants them to. Indeed, some might argue that this has been his common demeanour since the internet became widely available.

Caroline is the driving force behind this adventure but she too has a secret; she has done two marathons before. However, this should not be held against her as Caroline likes to get full value for money for her entry fee when doing a marathon and spends the maximum amount of time on the course to savour every moment, crossing the finish line long after most other entrants have showered, gone home and eaten their dinner. This year, aiming to run the whole distance, Caroline could comfortably do her best time ever. Caroline’s drive, enthusiasm and sunny disposition mean she has assumed the role of team captain, promising to make the whole experience memorable for all involved; one way or another there is no doubt she will succeed in this!

Kieran is a sales manager and is relentlessly cheerful and optimistic. You probably already recognise Kieran because of his love of cameras or rather being in front of them. Not only did he star in a fascinating episode of ‘The Map Man’ but he also performed in front of millions at the Olympic opening and closing ceremonies, banging a drum while dressed as a Victorian peasant. Despite having a demanding job, two children under 5 and a wide range of outside interests, he gleefully accepted Caroline’s challenge with a joyful smile. When pressed about when he would find time to train, his response was a cheery grin and some comment to the effect it can’t be that hard. This optimism may well be severely tested in October on the south coast and there is speculation that a Bartlett grimace may be witnessed. 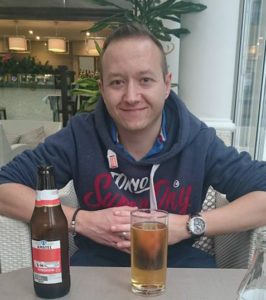 Phil, from our Digital team, is the youngest member of the team from whom great things are expected. Simply by not having to juggle the demands of children and creaking joints, he has many innate advantages over the other member of the team. Mitigating factors which mean he may not challenge the elite Kenyan runners include the fact that it is hard to find a photograph of him that does not feature alcohol somewhere nearby and his previous lack of obvious prowess or interest in long distance running. However, Phil has one advantage, has already worked out his training plan as he proposes to run home from the pub.

The team are supporting three very deserving charities, the London Air Ambulance, The Chartwell Trust and Joining Jack. We at A-Z have worked with London Air Ambulance for some years and are proud to support a charity that saves lives and provides such important emergency care in our capital. Sadly many of us have lost loved ones to cancer and Kieran’s father passed away after fighting this disease late last year. He and his family were so grateful for the fantastic care and support provided by The Chartwell Trust during this difficult time and would like to raise money so that they can continue to help others. Two of Phil’s cousins suffer with DMD (Duchenne Muscular Dystrophy), which is a condition that causes muscle degeneration from a young age. Phil wants to raise money for Joining Jack to improve treatments and help find a cure for all those living with this horrible disease.

We’d be really grateful if you’re able to support our charities too by making a donation on our team page. All donations will be split evenly between our chosen charities. We’re hoping to raise £1,000 before we take on the Bournemouth Marathon in October 2016.

Help our team with training plans

The A-Z running team do intend to take this Bournemouth Marathon 2016 challenge seriously and will be posting regular updates as the year progresses. The plan is to improve general health and fitness at the start of the year, progressing to run specific training leading up to the race.

As this is going to be a huge challenge for some of us, we need your help and advice! Have you got any proven training methods or exercises that have helped you build up to running a marathon? How long did it take you to increase training runs to long distances? Any support and advice would be greatly appreciated, and possibly ignored if it sounds too painful. Please leave your tips and suggestions for our team in the comments below.